For Musicians and Music Teachers

With Allan Dib, Author of The 1-Page Marketing Plan

Allan Dib is the owner of marketing firm Success Wise. He has developed businesses in a variety of industries and coaches entrepreneurs all around the globe on best marketing and business practices.  Check out his book The 1-Page Marketing Plan: Get New Customers, Make More Money, And Stand Out From The Crowd on Amazon. It's one of my favorites!

Watch The Video - A Story About Positioning: Joshua Bell and the Washington Post

Joshua Bell Story About Positioning from Modern Musicology on Vimeo.

This story about Joshua Bell and the Washington Post is very much a positioning story. In 2007, The Washington Post did a bit of a social experiment. They had Joshua Bell, who's a world-renowned violinist -- he plays a three-and-a-half-million-dollar Stradivarius violin -- he played with the Boston Philharmonic Orchestra, and for an hour, he gets paid about $60,000.

The Washington Post did a bit of a social experiment.  Before a show, they had Bell set up as a busker at a railway station. For an hour's work, he got paid $32.

Having said that, you can't cheat. You can't just say, "Hey. I'm a world-class performer," and then you get out your instrument and you can't really play at a world-class level. Obviously, you have to have the skills according to how you're positioning yourself.

A lot of the times, you'll see people who are just amazing, but maybe they have low self-esteem, or for some reason they position themselves much lower than they really are.   Having that difference of positioning -- that can make a world of difference to your income. 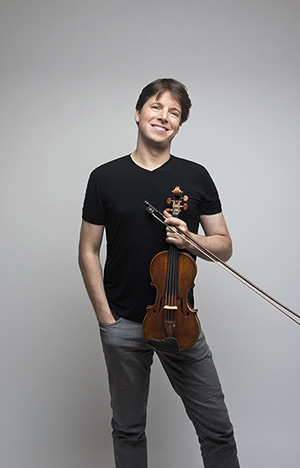 Part 2 - Marketing on a Shoestring Budget

Pearls Before Breakfast: Can one of the nation’s great musicians cut through the fog of a D.C. rush hour? Let’s find out.

Joshua Bell is playing in the Metro again. This time, maybe you won’t pass it up.

If I were not a physicist, I would probably be a musician. I often think in music. I live my daydreams in music. I see my life in terms of music.