At the time I met Eloise in Boulder, Colorado, she was a piano teacher, living in a corner house that was always full of people and with an unlocked door. A mother of eight, her youngest children were still at home and she already had grandchildren too.

And yet, after years of living, loving, making music, raising children, divorcing and getting married again…Eloise’s response to life was as fresh as a child’s.

We connected very deeply and became close friends. Eloise often shared with me personal stories of her rich life and of her struggles. Hers was not an easy life. And yet she was full of joy and curiosity.

I recall getting a phone call, and as always without introducing herself, Eloise’s voice says, “Northern Lights”. She didn’t want me to miss it. Her love of nature and open heart to discover the unexplainable were endless. She was working on getting rid of her glasses, and getting herself excited about home birth. She attended her daughters' home births and raved about t he power of nature. Even energy healing excited her, as well as psychology in relation to teaching piano.

My mother and her husband got to know Eloise too. On one occasion, Eloise tried her newly learnt energy balancing on my stepfather at her home. We were all amazed as his blood pressure went down by placing our palms in two locations around his body.

One would think none of this relate to Eloise writing of Soprano on her Head, or Bold Beginnings books. But it does. It is precisely this open ended amazement that kept her so in tune with students different ways of learning and so creative in noticing what would click for a particular students and music.

Why sit at the piano to learn to play? Why not dance the piece, or play while other students improvise a dance? Or, why sing in an upright position? Perhaps another position can enable an easier reach of high notes?  Soprano on her Head’s title, and much of its material actually occurred in our music teachers experimental gatherings with Eloise in her music room - first door to the right when entering her house.

We were teachers and players of different instruments. The singer was a neighbor of mine, who was actually an alto. To solve the difficulty of some high notes in the aria she was singing, Eloise suggested we all use out voices and move around, lay down, sit, crawl, roll… move any way our bodies call us to, and see how it impacts the voice. The singer tried likewise many positions and stopped on all four with her head on the floor. Everyone stopped and listened; she sounded fantastic. It was a miracle. The rest of this story is in the book and so are other experiments we did with Eloise’s endless supply of innovative suggestions.

When an idea shook the musician out of the constraints of the mind, the performance would be clearly much freer, alive and moving. She would look at the musician with those big blue eyes of hers, and laugh, saying something like, “Wow! did you hear that?!’” We would all react, but Eloise’s response was always one of astonishment.

The door of their home was not usually locked. I would step in and look for Eloise, who never failed to greet me with some new amazing idea she came up with or learnt.

One day a well knowns pianist was giving a concert in Boulder. This pianist felt his playing was not free enough. Someone recommended that he talk to Eloise. Eloise shared with me later, that he discovered the source of his constraint, which was that, in his mind, his mother was still with him on stage, evaluating him. His mother apparently was very involved in his piano studies as a child and he had not created himself as a pianist from the inside but mostly in an attempt to please her. Such a momentous discovery was a life changer for him in terms of his music. I tell this story (nameless of course) in my workshops, relating to music education and also to parenting and education in general.

For Eloise, creativity had no limits. Students would come up with ideas, and nothing was ever ridiculed, inappropriate or out of line; anything goes. That limitlessness is what makes great teaching. Her students were accomplishing so much because she put no limits on what they can do, an aspect that contributed to our deep friendship too; we were both thinking outside the box.

Eloise had an ability to see many possibilities of how to learn outside the regimented routine of going to the piano and practicing it millions of times. Although she did stress that you still need to practice and you will not learn the notes just by dancing around. But once you have learned the music, that is the beginning, and the start of the exploration that leads to an authentic performance.

When Eloise handed me Bold Beginnings’ initial scratch notes, it made perfect sense to me. Take Michelangelo’s moving everything that isn’t an elephant of the rock. The finding is then obvious. As a piano teacher I always thought the tedious way of teaching one new note at a time, and finger positioning was treating students as though they are not capable. Seeing her initial examples in those hand written papers, I started using some of it right away (without a book yet, just to help Eloise with feedback). Once the book was printed, I never used another book to get children and adults started. With Bold Beginnings, most students of any age can play easy classics within a few months (yes, months, not years.) They know to read the whole staff and keyboard and feel free to create.

Eloise was giving workshops about her books and I was assuming this would be the next go-to method for all teachers. She visited me in the Bay area after I moved away from Boulder, and met my then finance, (my husband and father of our three sons, two of whom are musicians.)

On that visit Eloise, sadly, had more fresh tragedy and losses to share about. Yet, here she was, traveling to give workshops and planning another book. Her visit with me in the bay area was the last time I saw Eloise. Shortly after she was working on her next book and my friend, Christine Olson, who allowed her the use of their cabin by a lake, called me to let me know of her passing peacefully on the water. Too young and too alive to pass, yet perfectly in the way that is Eloise; going out on a limb. 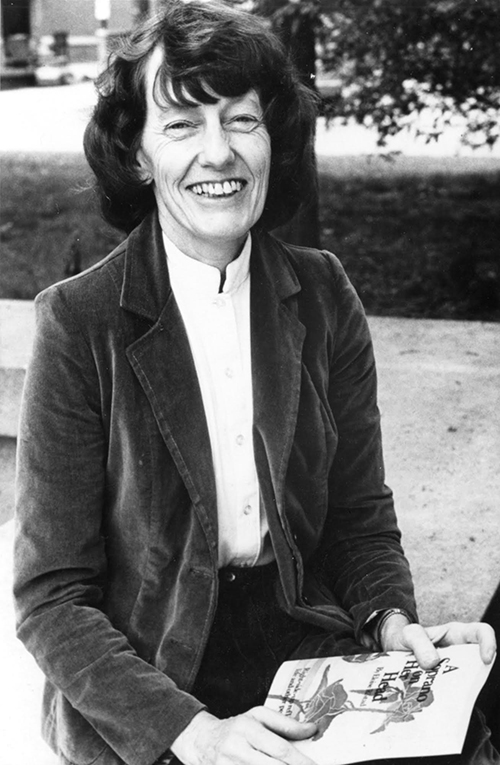 The Performer Within: A Video Interview With Eloise Ristad

The Performer Within: A Workshop by Eloise Ristad from Leah Young on Vimeo. 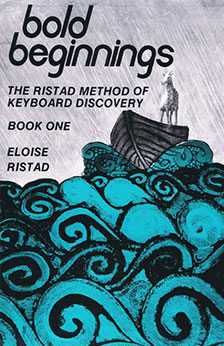 Naomi Aldort is the author of the best seller, Raising Our Children, Raising Ourselves, (published in 19 languages). Aldort guides parents in Phone/Skype sessions, workshops and speaking events internationally. She works holistically toward a peaceful and powerful parent-child relationships from infancy through teens, including the emotional needs of parents and the child’s musical development. Her guidance is not about gentle ways to control a child, but about how to have peace without having to control. It is about a way of being and of understanding our children so they can do their best, not because they fear us or seek our approval, but because they want to, of their own free will.